Durians have always been a craze among Malaysians. During the durian season, one cannot escape the aroma of durians as the pungent smell will fill the air whenever you’re close to it.

Our love for durians knows no bounds, and products like durian-flavoured candy, cendol, ice cream, cakes all are meant to capitalise on that love.

Tropical Wine Sdn Bhd saw a gap in the market as nobody has delved into the alcoholic market for durian. Thus they created the very first durian liqueur—Dorian-Inside.

Established in 2016, Tropical Wine not only makes durian liqueur but also other alcoholic beverages that are focused on the use of local tropical fruits.

Owen Poh Choon Ho, the founder of Tropical Wine said, “We are inspired to create a variety of alcoholic beverages that suit different occasions and meet consumers growing desire to experience different flavours.”

He also noted that there are many great and rare fruits that are only found in Malaysia. Tropical Wine hopes to convert these fruits into fascinating alcoholic beverages while preserving their original aroma.

Their first first successful creation Dorian-Inside is made out of the Musang King durian with a special alcohol formulation.

“The idea came about during the prime of durian eating trend in China during which Malaysian Musang King export to the mainland became a hype.”

“Also, it is further inspired by the tradition of eating fermented durian by many Southeast Asian natives as is known to have nutritious values,” said Owen. 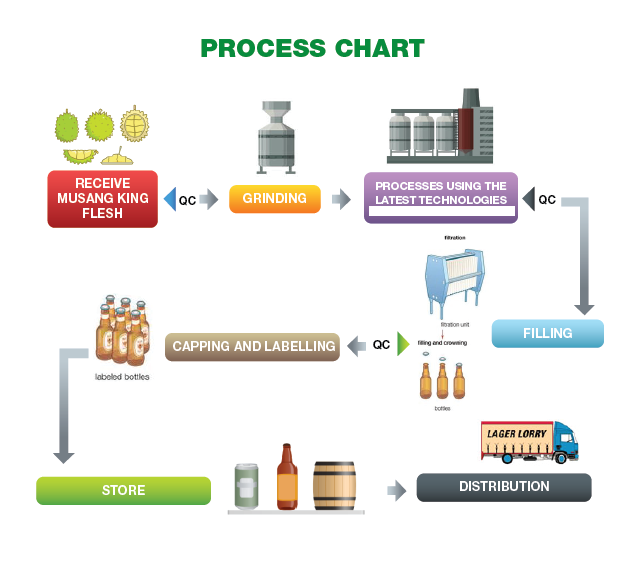 A look at how Dorian-Inside is made/ Image Credit: Tropical Wine

Their premium Musang King durians are sourced from orchards around Bentong and Raub in the state of Pahang. Known locally as “durian country”, both Bentong and Raub take pride in producing some of the best durians in the country, including the renowned Musang King.

Trivia Time: Musang King (D197) originated from Tanah Merah, Kelantan. It is slightly oval in shape like a rugby ball and has a star-like pattern at the bottom. Also known as Raja Kunyit, it has deep yellow flesh, broad and blunt spikes, a gap between the stem and thorns, as well as visible seams.

The reason that makes Musang King one of the most sought-after durians both locally and internationally is due to its thick and creamy texture combined with a hint of bitterness, while the seeds are flat and tiny compared to other varieties.

There are also two distinct dry spells of 2–3 weeks in January–February and July–August, and a rainy season from October to December, which leads to two fruit seasons every year.

The King Of All Fruits

Today the price of durian is skyrocketing because of growing demand from China.

On the topic of why Tropical Wine only uses the Musang King variety, Owen answered that the Musang King is our national heritage and it’s a treasure to the country as this particular breed is only grown in Malaysia.

“Musang King is known as the most expensive and hyped durian in the world. Being the first Musang King Durian Liqueur, it carries a significant identity to the country and all Malaysians can take pride in it,” he said.

As the drink carries the same Musang King aroma, Owen hopes that all durian lovers and haters will try it. Even for those who might hate the smell or durian, Owen believes that they shouldn’t avoid Dorian-Inside. 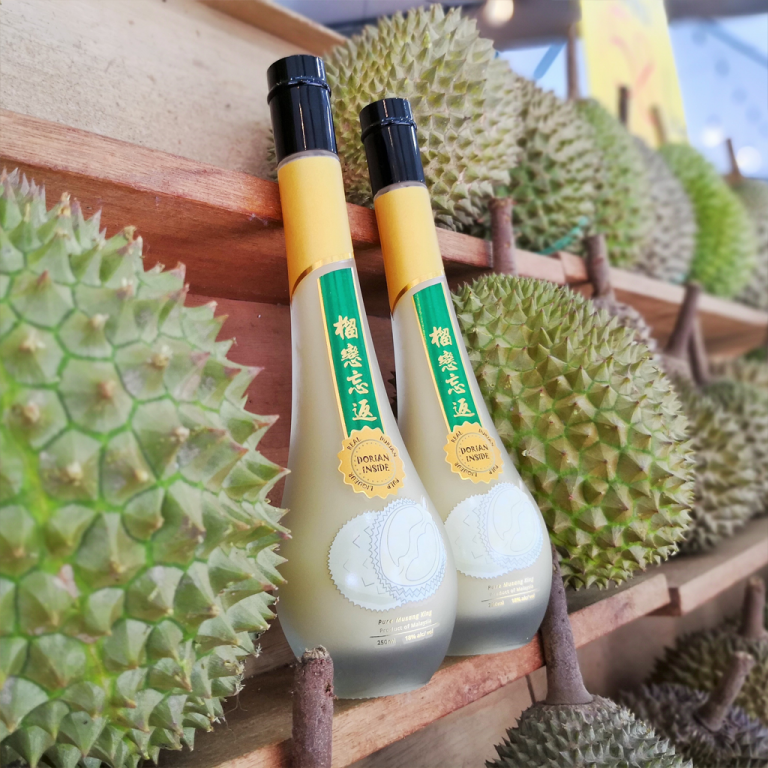 “It will change their perceptions, particularly the haters and they will become new converts,” he claimed.

During the journey of bringing Dorian-Inside to the market, the had to sort out some thorny issues as people weren’t ready to accept durian liqueur.

“When one invents something new, be prepared for rejections.”

“This is what we learned and over the course of time our determination convinced the market to accept the idea as the product speaks for itself,” said Owen.

Priced from RM238 to RM338 per bottle, so far, Tropical Wine has sold over 20,000 bottles of Dorian-Inside both locally and in China.

As of 10th September 2018, Dorian-inside has entered the Malaysia Book of Records being the first Commercial Durian Liqueur in the world. Prior to this, they also secured China CIQ certification which is an important milestone for the team to enter the chinese market.

Owen added “We have many interesting local fruit based alcoholic beverages in store and shall be revealed in due course.”